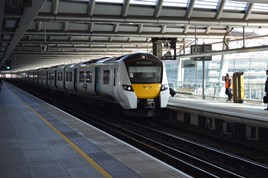 Class 700s will enter traffic on the Great Northern this Autumn.

Early next year eight eight-car Class 700/0s will replace ‘365s’ on the GN. Beyond that, details have yet to be confirmed.