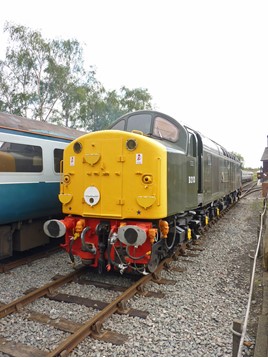 A Class 40 has been added to the Locomotive Services Limited (LSL) fleet, joining at least four Class 47s and two Deltics.

Preserved D213 Andania (40013) will be on hire to LSL for three years, and the company will exclusively operate the Type 4 for that period.

Before it can return to the main line, the ‘40’ must be fitted with GSM-R signalling equipment, Train Protection Warning System (TPWS) and On-Train Monitoring Recorders (OTMR). LSL expects to fit this in the near future, and that when this is complete, it hopes to run charters using the Type 4 later this year.

The Class 40 was preserved in 1988, but did not haul passenger trains until attending the Swanage Railway diesel gala in May 2016, having undergone a detailed restoration by its current owners. They had taken it on after the death of Trevor Dean, who had bought the ‘40’ from British Rail.