Kiepe traction equipment to be fitted to ‘442s’ 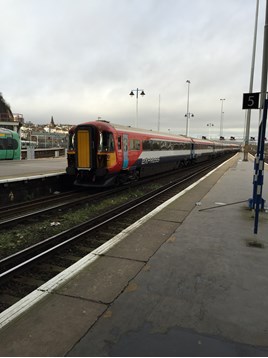 Class 442s entering traffic with South Western Railway from December 2018 will be fitted with traction equipment from Kiepe Electric UK Ltd, as part of a £45 million project to reinstate the trains.

The contract was awarded on October 25, and 18 five-car ‘442s’ will be treated at Eastleigh Works. When back in service, the electric multiple units (EMUs) will operate between London Waterloo and Portsmouth Harbour.

The fleet of 24 EMUs, owned by Angel Trains, will also be refurbished. They are currently out of traffic, having been withdrawn by Gatwick Express and Southern in 2016-17. The remaining six not leased by SWR could be employed by Alliance Rail, which wants to use them between Southampton and Waterloo.

The traction equipment being fitted to the SWR ‘442s’ will replace that fitted when the ‘442s’ were built by BREL at Derby in 1987-88, when traction motors and electrical control gear were removed from the Class 432 4-REPs (built in 1966-67) that they replaced.