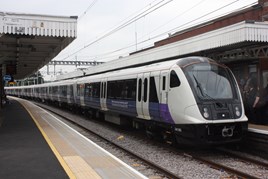 Transport for London has confirmed that as of October 13, it had 14 Class 345s built for its TfL Rail operations, with eight accepted for passenger use (345005-345012). Of those eight, three are in passenger traffic each day, with a further two deployed on driver training duties.

TfL said in its Elizabeth Line Operational Readiness and Integration report, prepared for the Programme and Investments Committee meeting on October 13, that the rate of introduction “continues to be slightly behind programme due, principally, to issues with the commissioning of the platform elements of the Driver Only Operation (DOO) CCTV system. The outstanding issues are being resolved.”

The next stage of the ‘345’ project involves testing European Train Control System (ETCS) between Heathrow and Stockley (where the Heathrow Airport branch joins the Great Western Main Line).

Network Rail has completed installation, and now a ‘345’ has been fitted with the system and software. It is undergoing testing at the Old Dalby test track, and was due to start in the Heathrow tunnels before the end of October. A second period of testing is planned for January.

Seventy Class 345s are on order for TfL, and will ultimately be used for Crossrail. Currently they run between London Liverpool Street and Shenfield. A ninth (345016) has been delivered but is not yet passed for passenger traffic.