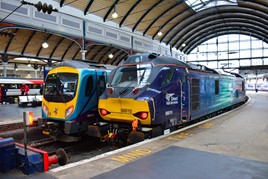 Direct Rail Services will supply a Class 88 for two diesel galas in the coming months.

Meanwhile, for the second successive year an ‘88’ will attend the Severn Valley Railway diesel gala on May 17-19.