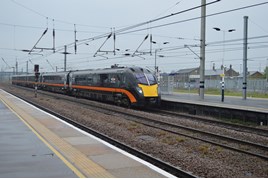 The manufacturer, which also built the 125mph five-car DMUs, will fit its Atlas 200 equipment to the trains. It will serve as a first of class for the system, and will be rolled out across all 14 trains. Currently the ‘180s’ are split between Great Western Railway, Grand Central and Hull Trains, but eventually the entire fleet will be operated by GC.

The contract also includes the design for fitting to Alstom’ Class 175s, which are all used by Arriva Trains Wales.

This is the second contract to be awarded by the National Joint ROSCO Project (NJRP), following a deal signed with Eversholt Rail last November for the Class 365 fleet.

The Atlas ETCS has been used for trackside and onboard projects across a number of countries in Europe and Asia.