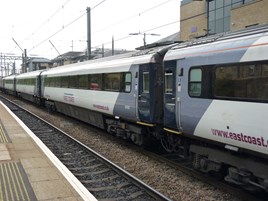 InterCity Railfreight  and rail consultancy Intermodality have submitted a proposal to the Government to get the carriages back in service.

Intermodality Director Nick Gallop told RAIL on January 25 that the Mk 3s would be the ideal carriages for the scheme, as they are modern, easily recognisable, and have at least ten years’ life left in them. He said that disused Mk 4s could then be considered if the Mk 3s prove successful.

But rather than the carriages then being scrapped, the freight plans could give them a new lease of life, in turn raising revenue for train operating companies (TOCs).