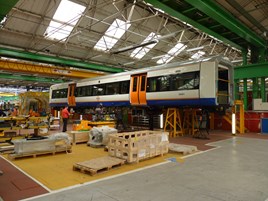 London Overground confirmed that all 57 Class 378s were running as five-car trains on January 6, increasing overall capacity on LO by a quarter.

The fifth coach means each Class 378 now has space for 170 passengers per train, as part of a £320 million scheme to increase capacity across the LO routes.

“Over the whole network we now carry 176 million passengers a year, which is six times the number we carried when we took over this railway in 2007,” said Transport for London Director of London Overground Mike Stubbs.

“It is services like these that connect communities and support new homes, jobs and economic growth across London."