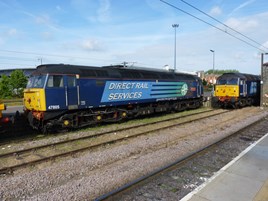 Only two of Direct Rail Services’ eight Class 47s remain in traffic, after two were stored at Carlisle Kingmoor.

Sources suggest that the Type 4s are to be dispensed with once the RHTT season ends.

DRS Class 47s have had their work steadily reduced, despite being overhauled, modified and repainted as recently as last year. The operator has instead decided to use Class 37/4s because of their perceived increased versatility. DRS had even applied its new livery to 47810 Peter Bath MBE 1927-2006, but that has been stored since April.