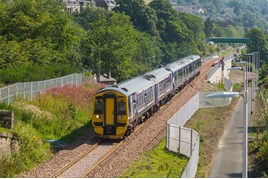 Tourist and leisure passengers could be a “crucial factor” in the success of the Borders Railway that re-opens on September 6, says the Campaign for Borders Rail (CBR).

A feasibility study conducted for the Scottish Executive in 2000 suggested limited tourism potential for the 30-mile route between Edinburgh and Tweedbank, and initial plans included no capacity for lengthy main line charters and associated facilities.

The study concluded: “Some tourists will travel out from Edinburgh “for the ride” on the line, but there is no reason to believe they will spend significant amounts of money in the Borders.