Airtrack: stopped in its tracks? 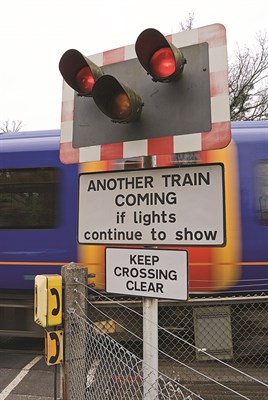 For more than 40 years I lived within a few miles of Heathrow Airport. I grew up with Heathrow and made my first visit as an enthusiastic child for a behind-the-scenes tour of BOAC’s new Bristol Britannia airliner.

The advent of commercial jet airliners brought huge changes and development to Heathrow, but one thing didn’t change. Access by public transport from the south-west was non-existent, and improvements came remarkably slowly.

Extension of the Piccadilly Line into the airport, and later the construction of the Heathrow Express line from Hayes, brought improvements but did not help those living south and west of Heathrow. In recent years the best means of access from that direction has been to get dropped off by road at Terminal Four, on the Feltham side of Heathrow, and take the (free) Heathrow Express service to Terminals 1-3. The biggest headache on that journey is the heavy traffic around Ashford/Feltham. The new Terminal Five, on the airport’s western perimeter and linked to the M25, is served directly by the Heathrow Express from Paddington but is not easily reached from Terminal Four, which is now on a stub branch line.

For many years Rail-Air coach links have connected Reading and Woking stations with the airport. This was fine when all the terminals were close together in the Central Area, but makes less sense following the opening of Terminals Four and Five.

Rail access to Heathrow from the Ascot/Guildford/Woking direction has now, at last, reached the top of the agenda. Various schemes have been mooted in the past but none has made any significant progress. And the latest, Airtrack, is causing something of a storm...

The Airtrack scheme, being promoted by British Airports Authority (BAA) and supported by Surrey County Council, will provide rail access to Heathrow from Guildford/Woking and Reading via Staines and T5. Additional services are planned from Waterloo to T5 via Staines, giving increased capacity between Staines and Waterloo. Existing Heathrow Express services from Paddington to T5 would be extended to Staines and Waterloo.

At present the junction arrangement under Heathrow airport limits the ability to run Airtrack services through to terminals 1-3 and reverse them, but if a third runway is built the rail system would be developed so Airtrack trains could go to T1-3 and to a new T6.

Like the earlier Heathrow Express project, Airtrack would use existing railway routes to approach the airport, and a short section of new railway into Heathrow itself. Remarkably, the proposed route follows quite closely the route of the old Staines West branchline. However, at no time is it on the old trackbed.

Two lines from the south and west converge at Staines - the line from the Reading/Woking direction, and the suburban branch from Windsor & Eton Riverside. The Reading line curves into Staines station over the Thames, while the Windsor line cuts through the town centre. The ‘West Curve’ linked the two routes to form a triangle, which allowed direct running from the Woking/Reading lines into Windsor. It was latterly little used and was removed to make way for the Elmsleigh shopping centre car park in the 1970s.

This curve, now called ‘the chord’, would be relaid as part of the Airtrack new works, requiring substantial alteration to the multi-storey car park access ramp and the adjacent surface parking. At this point the new double-track line would be on a viaduct some 4m high, the revised arrangement taking some 70 car parking spaces. The chord would allow trains from the Woking direction direct access to the Windsor lines without a reversal at Staines station, which cannot be accommodated in the timetable.

Having crossed the High Street, Airtrack trains would proceed down the Windsor line, out of town, onto an area of ancient common land known as Staines Moor. Two footpaths cross the Windsor lines to ‘the moor’, and both would require diversion over new or existing bridges depending on which of several options is chosen. One of these crossings was the scene of a fatality in 2008, so there will doubtless be local sympathy towards finding a safer access to this popular piece of greenbelt.

Designated an area of special scientific interest (SSSI) because of some rare plant life, ‘the moor’ has been systematically squeezed by development until little more than a large field remains. In the 1960s it was a remote and desolate place, the silence punctuated only by aircraft noise when they were taking off on the westwards flight path. The intervening years have seen it eroded by reservoir construction, piecemeal gravel extraction and the building of the Staines by-pass and M25 motorway.

Until its closure (passengers 1965/freight 1981) the branch from West Drayton to Staines West crossed the moor and climbed up and over the Windsor lines to reach its terminus. It had always seemed to me that the branch route offered an ideal access to the west side of the airport, whether from the Staines direction, or from Colnbrook.

However, since 1981 the M25 has crossed the course of the branch obliquely at Poyle, leaving the West Drayton-Colnbrook section on the ‘wrong’ side of the motorway. The branch civil engineering was all double track width although only a single track was ever laid.

Airtrack’s proposed route initially followed the general course of the branch, diverging northwards from the Windsor lines to parallel the M25 before turning eastwards into Heathrow via a tunnel into T5. As third rail electrification is incompatible with the 25kV overhead used in the airport tunnels, it had been proposed to bring the catenary right into Staines. More recent proposals, however, see a changeover point near the airport boundary, thus avoiding overhead wires on the moor (although there is already a high-tension power line across part of the moor).

Additionally, the revised Airtrack proposal now avoids the old branch trackbed, which has become a wooded screen across the moor, and instead turns northwards immediately before the M25 bridge, hugging the edge of the motorway until turning eastwards to the airport boundary and tunnel. This route
leaves the overgrown remains of the old branch to screen the railway and the motorway, and avoids bisecting the remaining area of common land.

Construction of the tunnel will require some disruption in the Bedfont and Stanwell Moor area, and the use of some land which will be restored afterwards. The ‘box’ which will contain the station platforms at T5 was constructed with the terminal, but the building and fitting out of the two platforms will be needed to provide a terminus for Airtrack services. These platforms will provide an interchange with Heathrow Express services to Paddington and to the other terminals.

A new Staines High Street station situated on the Windsor lines formed part of the original Airtrack proposal, but has now been dropped. Local opposition was encountered because of the proximity of housing and because the station’s location would result in the loss of the Garibaldi public house, just about the only architecturally and historically significant building left in Staines High Street.

The deletion of the proposed new station led to considerable disappointment at Spelthorne Borough Council, the local authority which covers Staines. However, having two stations a short distance apart on different routes would not have overcome the historical problem that the present Staines station (formerly Staines Central) is not, and never has been, in the town centre. A better solution might well have been a station within the triangle with platforms on all three sides but the sharp curvature and the need to safeguard 12-car platform lengths renders this impractical.

The present proposal involves demolition of the existing Staines station and its replacement by a new station on the same site, including lengthened platforms and a bay for terminating services from the airport. Though considered locally to be of some significance, Staines station is not a listed building. And while typical of LSWR structures from the Sir William Tite era, it was substantially altered by the Southern Railway and again by BR, so that there is little of the original other than the basic shell of the up side booking hall.

Under T5, cross-platform connection with Heathrow Express services would enable passengers to reach Terminals 1-3 and Paddington. Otherwise the only ‘new’ station works would be the return of the former Waterloo International platforms to use by suburban trains, whence Airtrack would take the opportunity to extend Paddington-Staines services through to Waterloo. Platform works also form part of the huge redevelopment of Reading station by Network Rail.

There is a budget of £170 million for Airtrack rolling stock, which would comprise dual-voltage EMUs to run on 25kV overhead and 750V DC. These trains would be maintained at a proposed new depot on the site of the former Feltham marshalling yard.

BAA has commissioned NR to work on capacity and timetable planning. To date there is capacity for two Airtrack trains per hour off-peak but only one per hour on the Guildford service at peak times, and further work is being done to find ways of overcoming the lack of peak-time capacity.

As demonstrated by computer modelling of the proposed service level, there would be
an impact on the operation of 15 level cross-ings on the route. This affects the crossings to differing degrees, with four of them ‘sig-nificantly’ affected.  The second stage public consultation has shown the effect on road traffic to be the primary local issue.

Airtrack has been through two public consultations to date, and a public inquiry may well be the next stage as precise details of the scheme are firmed up.

The consultations have focused on Staines, as the area affected by the new works, but feedback has shown that traffic congestion at level crossings, rather than the effect of new works on their town centre and common land, actually figures higher in the consciousness of Staines residents.

This has been most noticeable in the change of heart by Spelthorne Council. Early reports showed Spelthorne broadly in favour of Airtrack. However, once the High Street station was dropped from the proposal, Spelthorne’s support was withdrawn and the authority now opposes the scheme.

As the subject of an application under the Transport and Works Act, local authorities may make representations to the Minister. But in the end, the wider national interest can override local objections. At last, those who live to the south and west of Heathrow will be able to reach the airport without sitting in a traffic jam.

With thanks to Mike Noakes, BAA, for assistance in the preparation of this article.