Why electrification? The Network Rail perspective 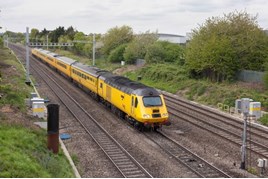 Electrification is a necessary part of the on-going development of the UK rail network. Benefits for passengers include better reliability and more seats, not to mention the sustainability case and the effect on regeneration.

But why is so much work on electrification being done now? Purely in terms of electrification, it is going to take 40 years to put the UK on a par with other European countries. Shouldn’t this work have started 20 years ago?

Regardless of the arguments over timing, Britain’s railway system is on the brink of a major transformation, with much of the main line network set to be electrified in the coming years. In 2009, the Labour government set out investment projects, such as the electrification of the Great Western Main Line (GWML), under the Secretary of State Andrew Adonis.

In July 2012, as part of its High Level Output Specification, the Government announced a further tranche of wiring schemes in England and Wales (among many other improvements and enhancements). These improvements included the Midland Main Line between Bedford and Sheffield - part of a £9 billion plan for rail investment (some of which had already been committed) that is now covering the electrification of the entire GWML, from its current limit around Heathrow Airport Junction near Hayes and Harlington, as well as both routes to Bristol, Cardiff and Swansea. After much political wrangling, a deal has now also been struck with the Welsh Government that will see the Cardiff Valley Lines electrified by the end of Control Period 5.

The GWML scheme also includes wires to Newbury and to Oxford, where other electrification schemes continue on to Coventry and Nuneaton and across to Bedford as part of East-West Rail (via the currently closed Bicester-Oxford line).

The ‘Electric Spine’, which will effectively link Yorkshire to the south coast, will cover the electrification of Reading to Basingstoke, where AC overhead wires will continue over the currently third-rail DC lines to Southampton. That scheme could potentially act as a pilot for the future conversion of other former Southern Railway third rail lines to overhead wires.

One project already completed is Liverpool Lime Street-Manchester Airport (which went live in March). The Blackpool-Preston/Manchester line is on course for completion in 2016, as well as the line across the Pennines to Leeds.

In all, some 900 track miles of additional railway should be AC-electrified in England and Wales by 2019, with innovations such as a ‘factory train’ helping to expedite the work. However, the trans-Pennine scheme may not now go ahead until Control Period 6.