IN PICTURES: TPE Mk 5As in Velim

The first Class 68/Mk 5A trains for TransPennine Express will enter traffic this autumn, the operator confirmed on April 12.

TPE unveiled the first set of five coaches at the Velim test track in the Czech Republic. Invited guests were able to sample the interiors of the CAF-built stock, and it will be this set that arrives first in the UK. 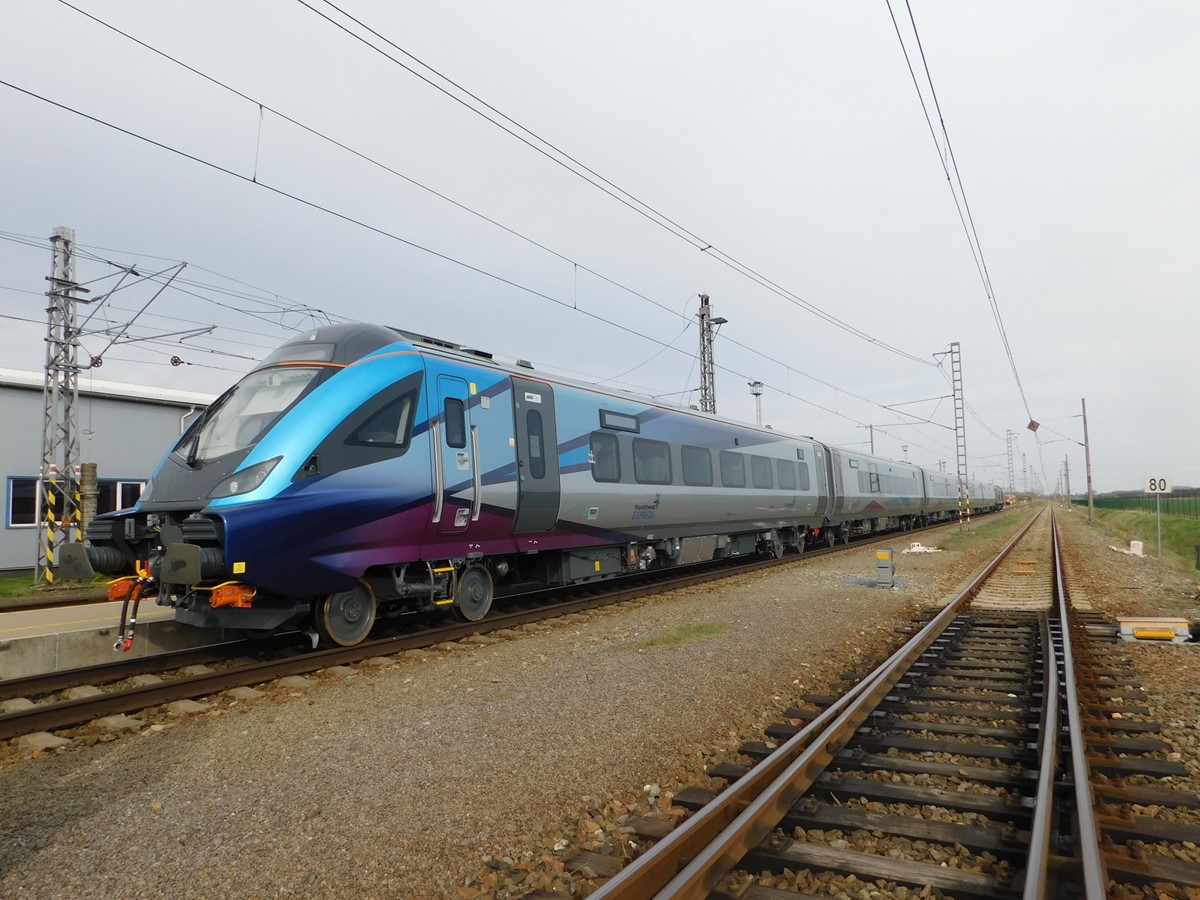 CAF designed the stock in Zaragoza, with the Driving Trailer Standard (DTS) coaches built in Irun and the Trailer First and Trailer Standards in Beasain (both in northern Spain). They are leased from Beacon Rail.

This is the first of three brand new fleets being introduced by TPE. They have been branded ‘Nova’, and the Mk 5A stock ‘Nova 3’.

“We are very proud of the trains, and we like to think our Nova fleets will be iconic for the North,” said TPE Managing Director Leo Goodwin.