Built at Vulcan Foundry in August 1963, the locomotive was delivered to British Rail as D6889. It was first allocated to Landore Depot (Swansea).

The ‘37’ was then based at Laira and worked for Railfreight Distribution as one of the St Blazey outbased China Clay locomotives, before being converted to carry sandite in 1999 and working variously off Cardiff.

Withdrawn in December 2004 it was purchased for preservation by Graham Harris in May 2007 moving to Kirby Stephen before arriving onto the WR to have the restoration completed early in 2014.

It has been the target of cable thieves during restoration. 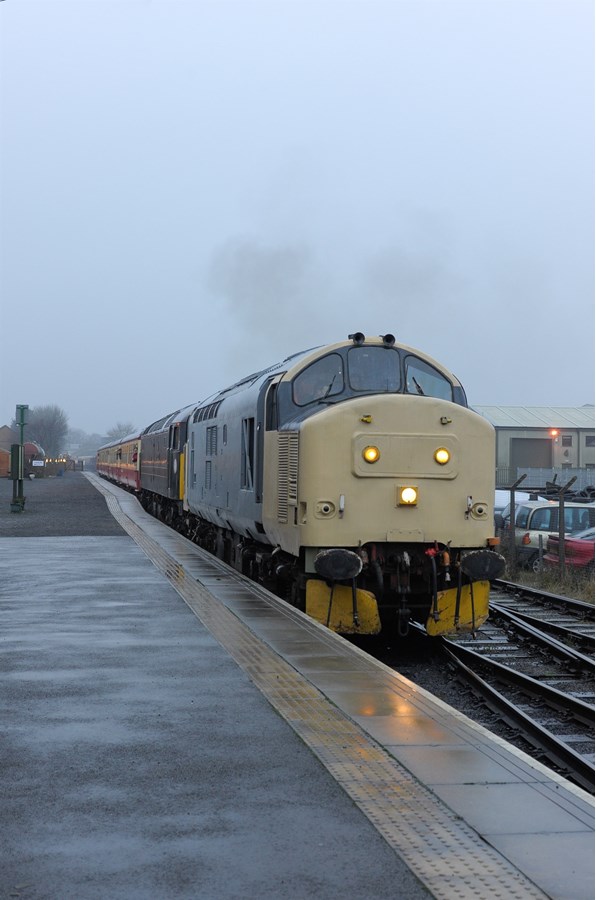