IN PICTURES: Inside TransPennine Express' Mk 5As

Next to the DTS is a TS, which is known as T2. This has 59 seats plus an area for bike and bulk storage (there are a further six tip-up seats, but these are not included in the overall seating figure). A trolley can be stowed here. T2 is fitted with a standard toilet. This coach weights 31.56 tonnes and is 22.2 metres long. 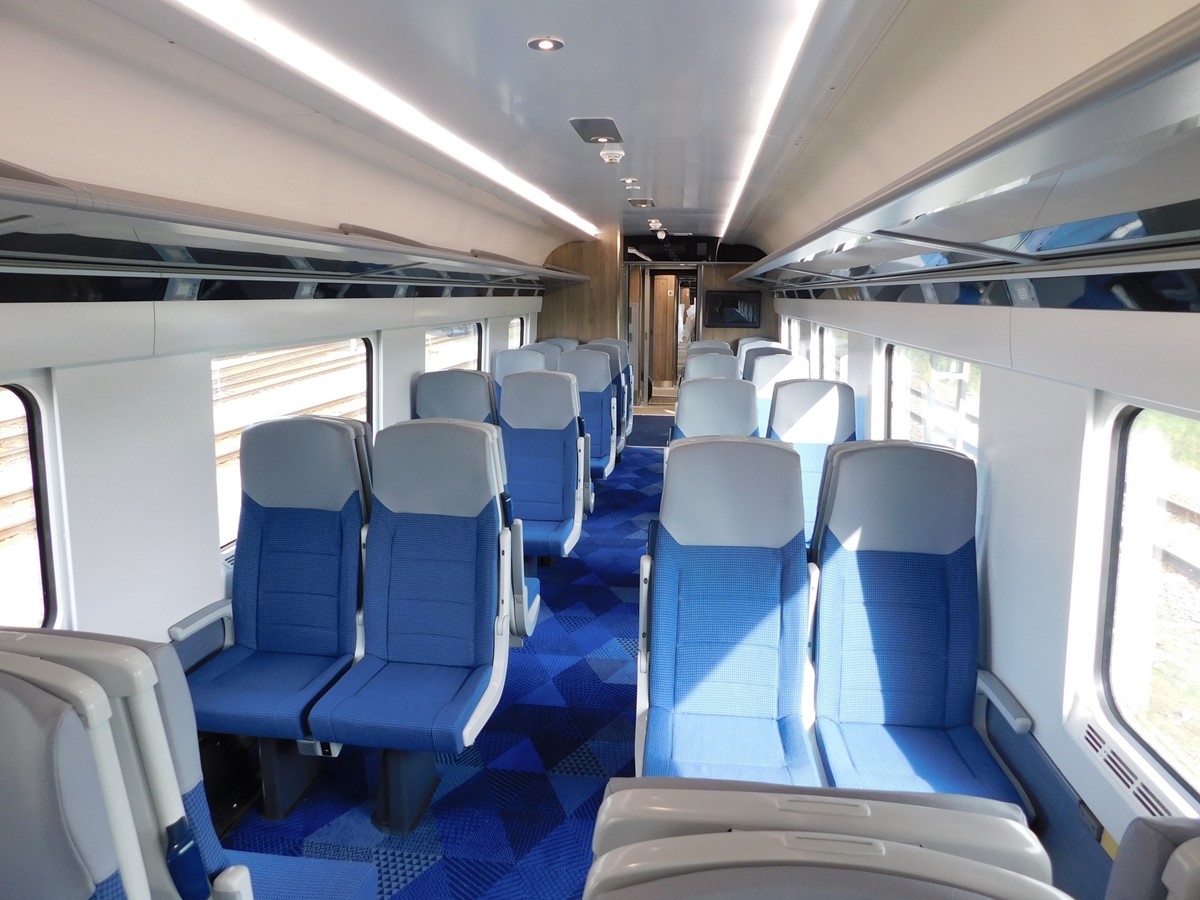 The final coach in the rake is the TF (known as T1). This is 32.67 tonnes and is 22.37 metres long. Like the DTS it is fitted with buffers. It has 30 First Class seats plus two wheelchair spaces. There is also a fully accessible toilet fitted to this coach, as well as catering facilities.

An at-seat refreshment trolley will be on-board with a hot water urn exchange unit in the kitchen area, which reduces the need to load/remove the trolley mid-journey or between trains.

The coaches are fitted with CCTV forward and rear-facing in the saloon and vestibule.