Great Western Railway named 08663 St Silas at St Philips Marsh depot, Bristol, after the church of the same name on April 11. The church was situated on Feeder Road, and was destroyed on January 3 1941 during a bombing raid by the Luftwaffe. More than 140 Bristolians perished that night as German airmen attempted to hit the railway and docks area of the city. The St Silas name lives on through the local Royal British Legion Branch. Mike Muddle, Chairman of the St Silas Branch of the Royal British Legion said: “The links between the railway and the forces has always been strong and this naming will see this tradition continue.” Members of the Royal British Legion, families and GWR staff stand with the newly-named ‘08’. 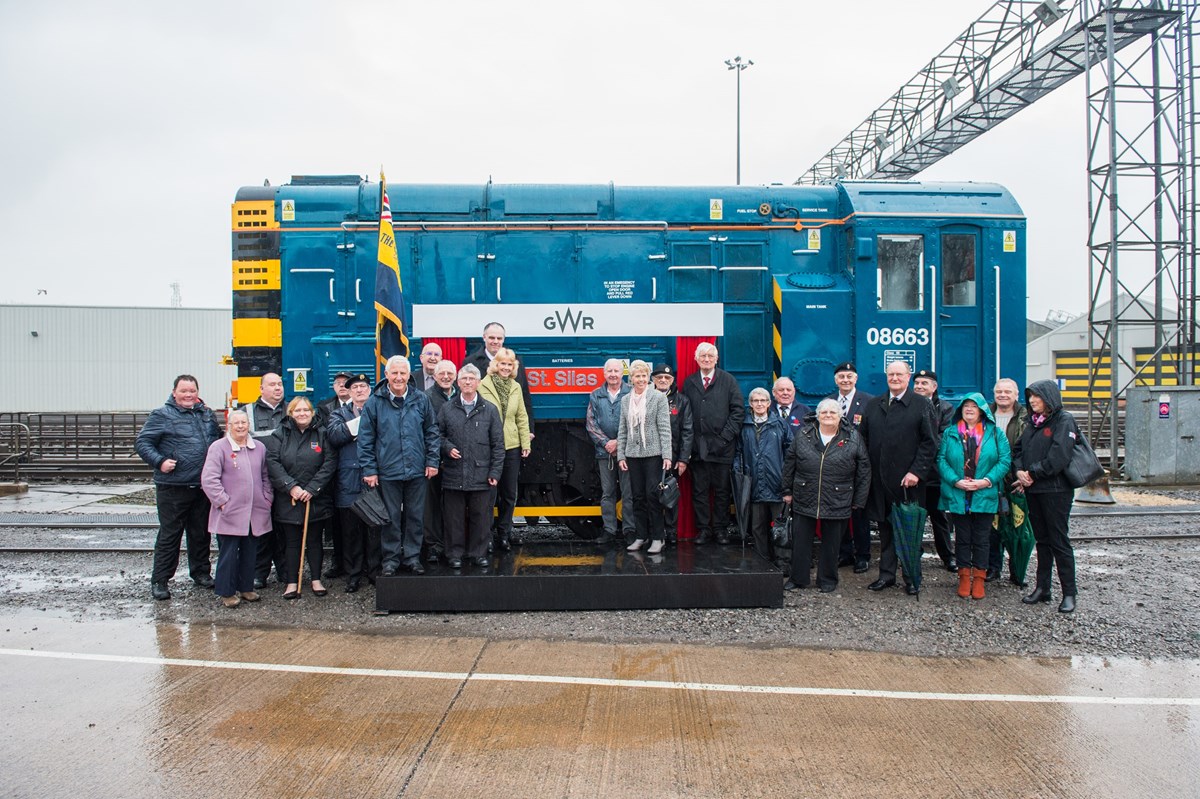