They will be delivered to North Pole by the end of the month, and will enter traffic later this year. 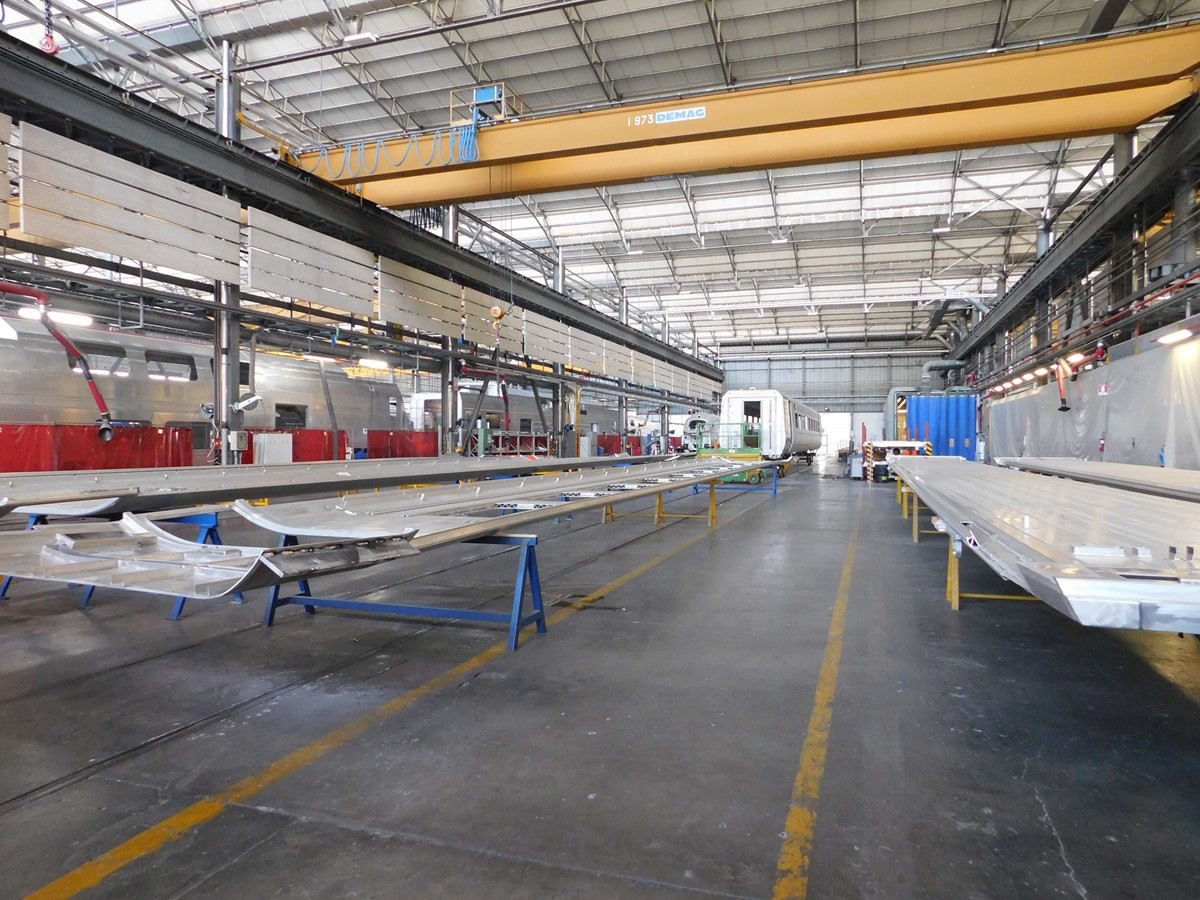 Construction has reached 25 trains at the site. There are 33 to be delivered by the end of January. GWR has 22 five-car and 14 nine-car Class 802s on order.

GWR Managing Director Mark Hopwood said: “We know how important the railway is to the economies and communities of the South West, and today marks another significant milestone in delivering the improvements we know our passengers wish to see.

“These trains have been privately financed and will help us deliver faster, more frequent services into the South West with no cost to the taxpayer.”

Berry Sas, Projects Director at Hitachi Rail Europe, said: “We are proud to see our factories producing high quality trains for the South West using parts sourced from the UK.  A strong British supply chain is used in both our UK and Italian factories, and we are delighted to award big contracts to suppliers based along the GWR route.”

Mary Kenny, Chief Executive Officer at Eversholt Rail, which is financing the deal said “Eversholt Rail has invested £497m in these new Class 802 trains. The dispatch of the first completed trains from Hitachi Rail’s Pistoia’s works marks a significant milestone in the project for all parties and stakeholders.”