Five Direct Rail Services locomotives were in and around Norwich station this afternoon (October 26).

In the Lower Yard, 57002 could be found stabled on a rake of railhead treatment train (RHTT) wagons.

Then, 57008 and 57306 arrived light locomotive from Norwich Crown Point, having hauled DRS Mk 2f Standard Open (TSO) 6046 from Willesden earlier in the day. 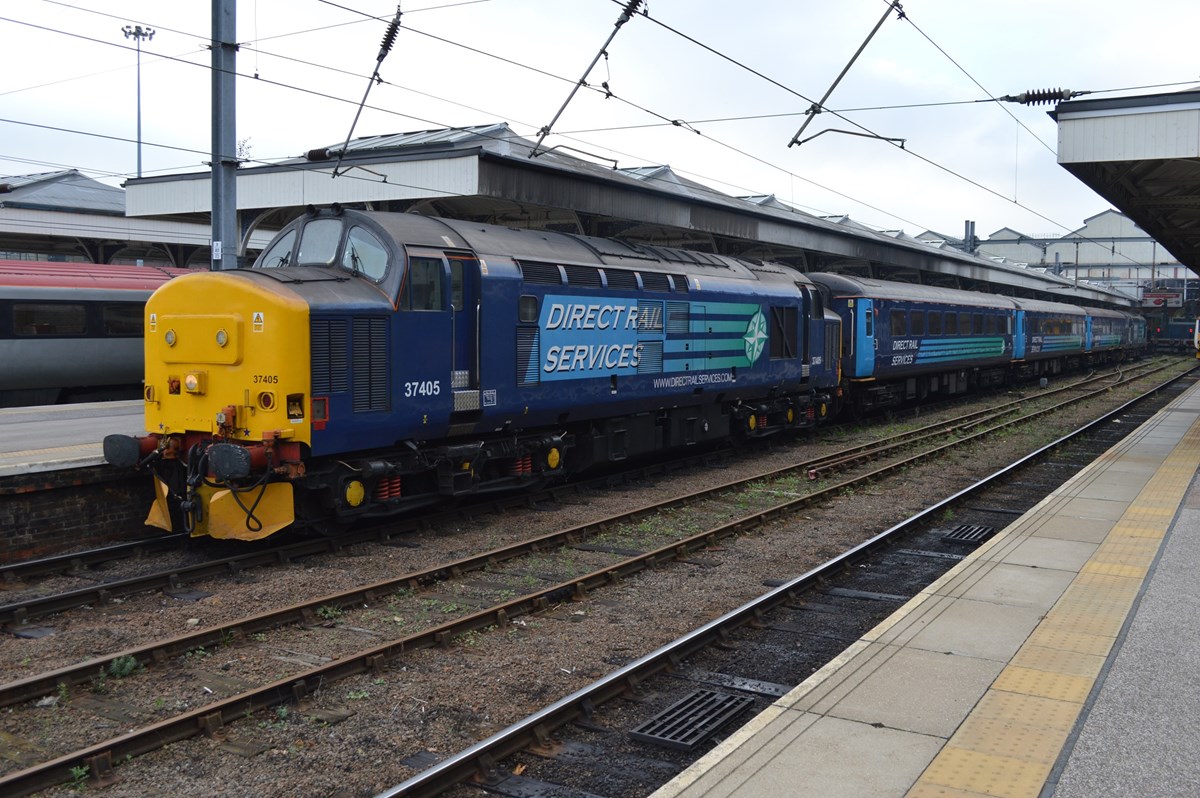