Four Class 47s were on view in and around Norwich station on the morning of February 12, with all four in traffic.

The ‘47/7’ was hauling a rake of WCR coaches that had been used on a steam tour the previous day, when 61306 Mayflower hauled a Norwich-Windsor & Eton Riverside charter (with 47580 hauling the return). WCR operated the train, and added 47746 to the rear of the return leg when it visited Southall. 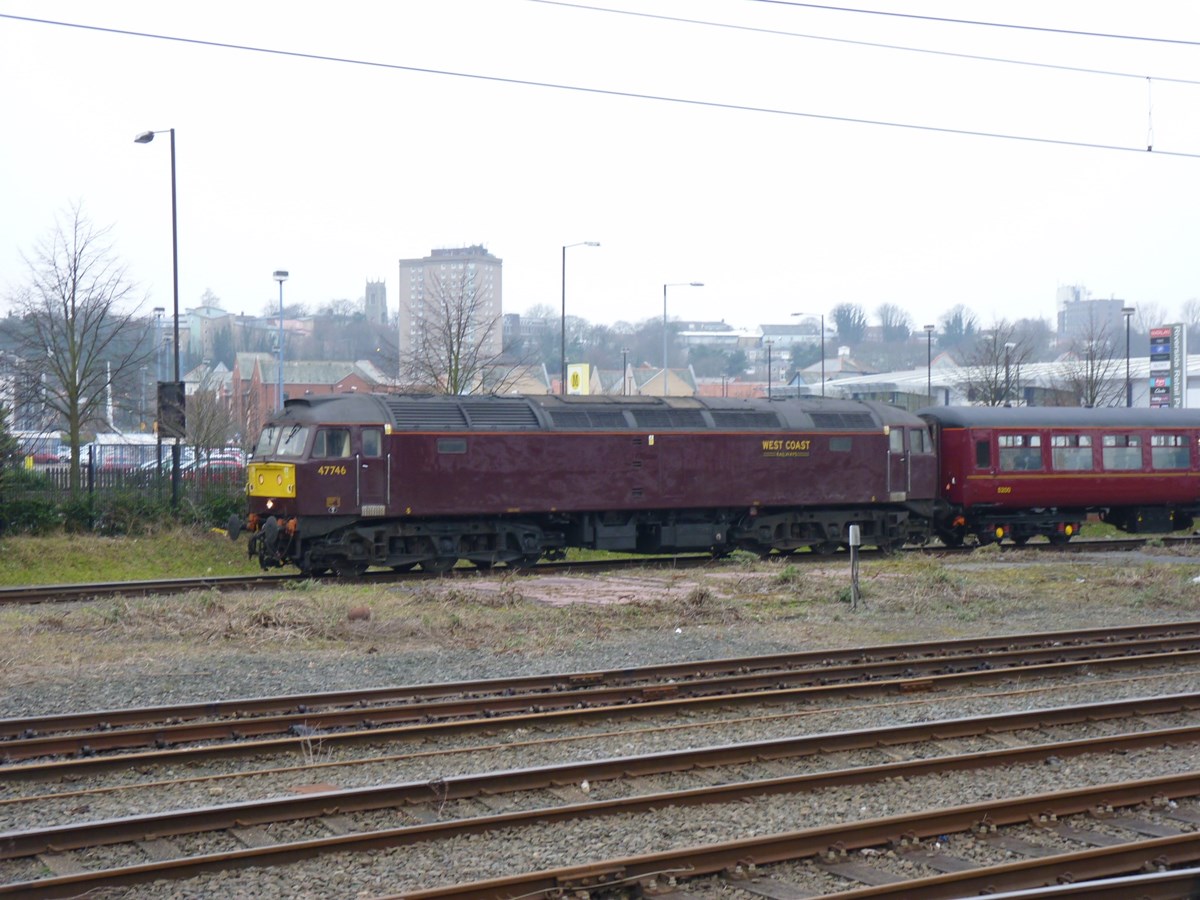