Origin of the species 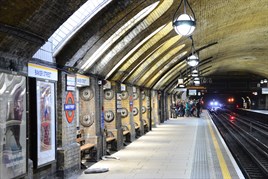 “The whole idea has been gradually associated with plans for flying machines, warfare by balloons, tunnels under the Channel and other bold but hazardous propositions of the same kind… an insult to common sense.”

This was how The Times of 1861 described the Metropolitan Railway, two years before it became the world’s first underground railway when it opened on January 10 1863.

It may very well have seemed like a fanciful idea back then. But 151 years later, the railway that originally ran for just 3¾ miles and boasted a mere seven stations - Paddington (Bishop’s Road), Edgware Road, Baker Street, Portland Road, Gower Street, King’s Cross and Farringdon Street - has evolved into the 249-mile London Underground network serving more than 250 stations.

Some 38,000 passengers travelled on the Met in the first day alone, and 9.5 million that first year (Transport for London now reports something close to 1,230 million a year).

The journey time from Paddington (Bishop’s Road) to Farringdon Street was around 18 minutes in 1863, not far off the roughly 15 minutes achieved today for the same journey (between Paddington and Farringdon).

Each of those original seven stations is still open on the London Underground, albeit under a different name in most cases.

The terminal stations, Paddington (Bishop’s Road) and Farringdon Street, were built in open cutting with a glass roof over the platforms, whereas the stations inbetween were true underground stations.

Each has received different levels of upgrade over the years (along with the rest of the Tube), making it harder to appreciate just how old they are. But there are still plenty of historical clues around if you look closely enough, serving as reminders of the railway that started it all.