Bombardier showcases the old and new 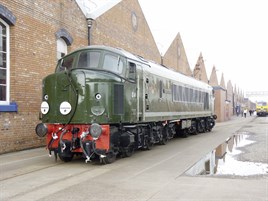 Derby is celebrating 175 years of train manufacture in the city (RAIL 748).

On May 15, Secretary of State for Transport Patrick McLoughlin, Mayor of Derby Fareed Hussain, local dignitaries, key customers and suppliers, and national and local media were at Bombardier’s Litchurch Lane facility, as the company showcased the technologies of the past, present and future produced in Derby.

On display were brand new trains such as Southern Class 377/7s and London Underground S-Stock. Examples of vehicles built for British Rail were also on display.

Francis Paonessa, managing director of Bombardier Transportation in the UK, said: “With the award of the Crossrail project in the 175th year of train manufacture in Derby, we are immensely proud to continue the tradition of designing and manufacturing high-performance trains for the UK.”

RAIL’s RICHARD CLINNICK was invited to the event, and presents a selection of images.