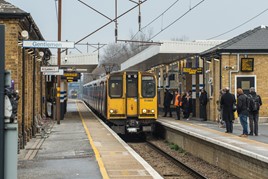 Substantial parts of Govia Thameslink Railway should transfer to Transport for London, according to the capital’s new Deputy Mayor for Transport Heidi Alexander.

Alexander was delivering her first major speech in her new role, on July 4, the same day Mayor of London Sadiq Khan wrote to Secretary of State for Transport Chris Grayling demanding talks begin regarding a transfer of many key London routes to TfL from 2020.

Khan wants the London Metro services operated by Southern and Great Northern to be transferred to TfL. These routes include Moorgate-Enfield/Stevenage and Welwyn Garden City, as well as trains from London Bridge/London Victoria-Sutton and Croydon.

Alexander said that in the week before her speech, GTR passengers had seen 14% of peak-time trains cancelled, and 39% running late passing London Bridge.

She said: “The success of London Overground and the continued reliability of TfL Rail provide an overwhelming business case to support the Mayor’s devolution plans, which would also lead to simpler fares for passengers.”