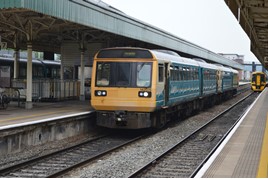 Welsh Transport Secretary Ken Skates has called on the UK government to increase its investment in the Welsh rail network.

In a statement released on July 17, Skates also said there was an “overwhelming case” for ‘remapping’ all services operating into Wales into a franchise procured and managed by the Welsh government.

He argued that such a move “would enable the Welsh government to have the role it needs to ensure that services are designed and delivered in a way which will take full account of Wales’ interests and would, I believe, result in real competition and genuine choice for passengers in England”.

His calls for more investment follow research conducted by Cardiff University’s Professor Mark Barry on the case for rail infrastructure investment in Wales.

The research conducted by Professor Barry suggests that investment in key schemes could generate more than £2 billion in transport user benefits. Among the possible targets for investment are journey time reductions to 90 minutes between Cardiff and London Paddington and 30 minutes between Swansea-Cardiff and Cardiff-Bristol Temple Meads.

“Network Rail’s Wales Route, which makes up 11% of the network, has received little more than 1% of total spend on enhancements in England and Wales,” said Skates.

“This has resulted in low line speeds on the South Wales Main Line, capacity and speed constraints along the North Wales Coast, infrequent commuter services for the Swansea Bay city region, and inadequate cross-border services in both North and South Wales.

“I continue to support High Speed 2, but call once again on the UK government to make the right choices to benefit north Wales, and exert pressure on them to mitigate against the probable impact of HS2 on the economy in South Wales.”

A start has been made on installing more than 200 life-saving defibrillators at stations across Wales and the Borders. All should be in place by the spring.