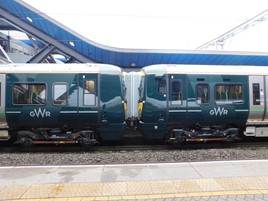 Research conducted by the RSSB (Rail Safety and Standards Board) suggests that braking distances in low adhesion could be halved if improved sanders are adopted by train operators.

The research suggests that using two variable rate sanders can reduce stopping distances on a four-car train by around 50%, compared with a single fixed rate sander. The new sanders also provided consistent 6%g braking performance - the basis for timetable planning on most routes.

From a safety perspective, adoption of the sanders could cut the number of Signals Passed at Danger caused by low adhesion conditions by 98%, including low adhesion station overruns by 96%.

Low adhesion caused more than 350,000 delay minutes in 2017, and the RSSB suggests the reduction in industry costs and what it terms “wider societal costs” from low adhesion could be worth more than £300 million per year. There could also be capacity gains from widespread adoption of the sanders.

RSSB Chief Executive Mark Philips said: “Double variable rate sanders will help trains brake better in the autumn when leaves cause problems. Having proved the technology, and the benefits, we will now work with the industry to promote the upgrading of sanders to maximise the benefits they can deliver.”

“The groundbreaking results from this testing, using two new GWR Class 387 trains, provide the rail industry with the evidence and clarity it needs to move forward in this challenging area.”