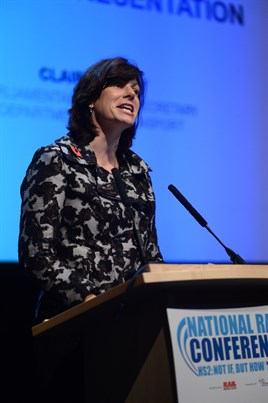 Rail minister Claire Perry has dropped a strong hint that the Government is prepared to look again at the possibility of ordering diesel multiple units to beat overcrowding and plug a short-term gap.

Speaking at RAIL’s National Rail Conference in Birmingham on November 5, Perry said she understood the importance of the DfT's “signalling” of what it wanted to see, and hinted that both the rail industry and Government should look more closely at rolling stock needs.

“Signal one says: you are moving people, not rolling stock,” Perry told the conference.

“And signal two says: we need shorter-term solutions to overcrowding across the country, especially on non-electrified track. Perhaps it is time to look at buying or building some clean, compliant DMUs”.

With Control Period 6 “just around the corner”, Perry said that passengers are “fed up waiting for change”.

“The real goal is getting people to feel as if they have a stake in their railway. And that they see the benefits now.”