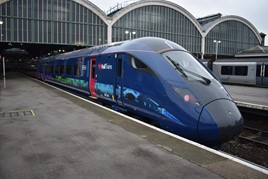 There is no obligation under Section 30 of the Railways Act for the Department for Transport to run open access services, Rail Minister Chris Heaton-Harris said on October 2.

In a Commons Written Reply to Shadow Rail Minister Tan Dhesi, regarding any assessment of the impact on open access operators by the decision to move away from franchising (RAIL 915), Heaton-Harris highlighted that non-franchised operators run trains without a contractual relationship with Government.

He told Dhesi that they could use the furlough scheme, while DfT provided more bespoke measures such as applications for extensions to track access contracts and deferrals of payments to the British Transport Police.

Heaton-Harris said that the independent regulatory system overseen by the Office of Rail and Road ensures fair treatment of all companies providing rail services, including open access operators.