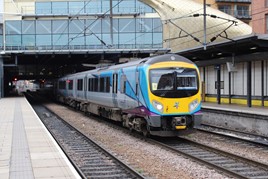 Network Rail is proposing to quadruple and electrify the eight-mile stretch of line between Huddersfield and Westtown (Dewsbury), and has launched a public consultation into this part of the £2.9 billion TransPennine Route Upgrade.

Other planned improvements include grade separation (a bridge or a tunnel) at Ravensthorpe and ‘major’ upgrades at Deighton, Huddersfield, Mirfield and Ravensthorpe stations.

A series of public events will take place in the area in early September, with the first phase of consultation concluding towards the end of October. A second phase will take place in spring 2020, after which NR hopes to submit a Transport and Works Act Order submission in autumn 2020.