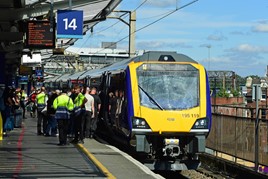 Rail infrastructure in the North is “dire”, according to the Liberal Democrats, who have vowed to prioritise upgrading railways in the region.

Speaking at the party’s annual conference in Bournemouth on September 17, John Leech, who leads the party in Manchester, said that a strong rail system should be at the heart of a fair and balanced economy. “Rail infrastructure across the country is poor and behind many other European countries, but in the North it is absolutely dire,” he said.

“We need to keep up with the pace of change and increase in demand, but we must do so in a way that ensures fares remain affordable for everyone.”