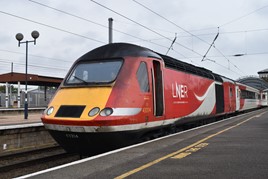 Funding to improve the reliability of the East Coast Main Line (ECML) is being demanded by the Consortium of East Coast Mainline Authorities (ECMA). It says money from both the UK and the Scottish governments should be handed to Network Rail to improve the ECML, which in turn could lead to significant economic benefits.

Councillor Keith Aspden, Leader of City of York Council and Chairman of ECMA, said: “Investment in the East Coast Main Line will bring better reliability and greater resilience to customers across the country from the Highlands to Hertfordshire.

“Currently, the line is vulnerable to major disruptions which is why ECMA is calling on the UK and Scottish governments to secure addition funding for Network Rail to deliver a more reliable rail network.”

Dan Jarvis, Mayor of Sheffield City Region, said investment in the East Coast Main Line was crucial to reduce disruption to passengers in the short term and to safeguard the route in the long term. “For example, just five miles of new track would enable a new station to be built on the East Coast Main Line at Doncaster Sheffield Airport,” he said.