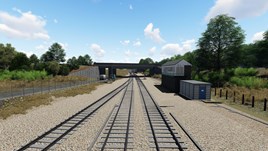 Work starts this month, with a nine-day closure of the Great Yarmouth line from October 21 until midday October 30, while the Lowestoft line will operate at peak periods only.

It is part of a £68 million plan to replace some of the oldest semaphore signalling in the country.