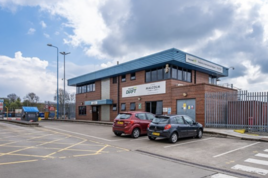 Freight depot operator W H Malcolm has been found guilty of failing to prevent unauthorised access to Daventry International Rail Freight Terminal, the Office of Rail and Road has reported.

The ORR brought a prosecution after the death of 11-year-old Harrison Ballantyne, who died in June 2017 when he climbed on top of a stationary freight wagon and received an electric shock from the 25kV overhead line.

ORR inspectors issued WH Malcolm Ltd with an improvement notice, requiring the company to take steps to improve the boundary fence. New fencing was installed within the deadline agreed by the inspectorate.

A spokesman for W H Malcolm told local media the company acknowledged the court’s verdict and that “our thoughts and condolences remain with Harrison’s family and friends following this tragic incident four years ago”.

Sentencing is to take place on July 30.