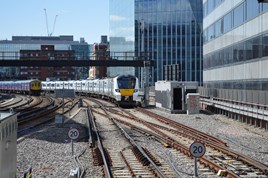 Better compensation for late-running trains will be introduced on Govia Thameslink Railway (GTR) within the next six months, before being rolled out to other impending franchises.

The policy will be introduced on GTR first, followed by the new South Western, West Midlands and South Eastern franchises. All future franchises will include requirements for the policy, and the Department for Transport says it will “explore opportunities” to roll it out on all franchises in the current Parliament.

The news was welcomed by campaign group Railfuture, which says it is urging the Welsh and Scottish Governments to follow suit.