MP urges for West Anglia not to be overlooked 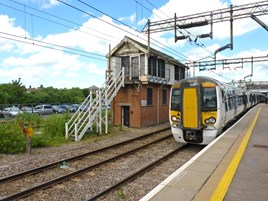 West Anglia Main Line Taskforce Chairman Sir Alan Haselhurst MP told the East Anglia Rail Summit at Westminster on September 7 summit that East Anglia faces a tale of two halves, and stressed the need for ‘weak links’ to Stratford and from Norwich to Cambridge to be more substantial.

He also highlighted northeast London, which he called the most neglected in the city: “Stansted Airport has a lot to gain. The only spare air capacity is at Stansted, and that means that the airport link needs to have much extra traffic.”

He said the WAML Taskforce wants the railway four-tracked between Copper Mill Junction and Broxbourne Junction, saying: “It should have been done in 1985 when the route to Stansted was planned. It has been neglected.”

And he described Stansted Express as a hindrance to the operations of the airport, because of the level of service available.

Haselhurst, the MP for Saffron Walden, said the four-tracking would be a precursor to Crossrail 2, but acknowledged that other factors may be an issue.