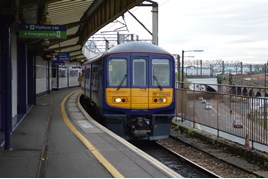 An alliance with Network Rail must be formed in the first three months of the new Northern franchise, Managing Director Alex Hynes told RAIL on April 4.

He said that this was part of the franchise agreement, and that work to create this was ongoing. He said it would not be a ‘Deep Alliance’, as per the arrangement in Wessex.

Currently Northern operates across two NR routes - London North Eastern and London North Western. The Shaw Report published in February (RAIL 797) suggested that there should be a new Northern route. Hynes said there was no timescale for this, and that former Directly Operated Railways Chief Executive Michael Holden had been appointed to work on the details regarding the creation of the new route.