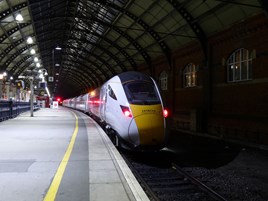 The national passenger rolling stock fleet is expected to grow by between 51% and 99% over the next 30 years, according to the latest edition of the Long Term Passenger Rolling Stock Strategy.

The study, released by the Rail Delivery Group in late March, found that an average of 17 new vehicles per week will be built between now and 2020, and that the average age of the train fleet is set to fall from 21 years to 16 in the next five years.

Although planned electrification programmes have slowed, the strategy claims that the proportion of electrically powered vehicles will rise from 70% now to more than 90% by 2034, and that between 13,000 and 20,000 new electric vehicles will be needed by 2045.

Previous editions of the strategy suggested that small orders of new self-powered vehicles might be required, despite potential cascades of mid-life diesel multiple units as electrification progresses. A combination of high passenger demand and delays to electrification have since led to orders of new fleets for First TransPennine Express and Arriva Rail North.

@holdmch @RLD52 @RAIL Thanks Michael! I look forward to reading your column on this.