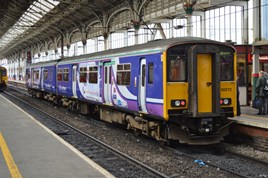 The cost to Government of the recently completed Northern rail franchise procurement process, to the end of November 2015, was £8.0 million.

The additional cost through to completion, including project mobilisation, is expected to be £0.6m. These figures include adviser costs, project team salaries and such items as training, travel, publicity and VAT.

The figures were given by Transport Minister Andrew Jones in a Commons Written Answer to Jonathan Reynolds (Labour, Stalybridge and Hyde) on December 16,

However, these costs “need to be set against the context of a deal whereby the amount of annual subsidy will be reduced by £140m by the end of this nine-year contract. In addition, this new franchise will deliver more than 2,000 extra services each week, nearly a 40% increase in capacity and the complete removal of the outdated and unpopular Pacers by the end of 2019”.