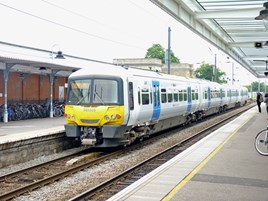 A ‘365’ has been chosen because the fleet works on the East Coast Main Line, which will be the first route to be fitted with ETCS Level 2 with no lineside signals. Works for that are due to be completed by 2020.

The ‘365’ will be a prototype for the system design and integration, which will be rolled out at a later date across the full fleet. The equipment will be fitted at Alstom’s Wembley Traincare Centre. The design process begins soon, with fitting, integration and reliability testing planned for 2017, before the conversion of more ‘365s’.

The Atlas system has been deployed successfully for trackside and on-board projects across Europe and Asia/Pacific countries. It has completed more than 125 million miles commercial operation in Level 2.