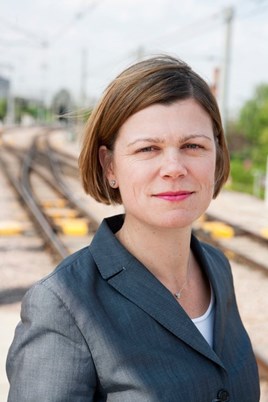 “Genuine consensus” exists relating to the areas of the rail industry that are a cause for concern, but not on how to deal with them. That is the message in Nicola Shaw’s scoping of the review into The future shape and financing of Network Rail.

The 76-page scope sets out the High Speed 1 chief executive’s areas for further investigation, ahead of making final recommendations early next year. Shaw was tasked with conducting the review back in July, and this is her first public report on her progress.

Shaw says that “despite the wide range of perspectives” she has heard within the industry, “there appears to be genuine consensus that:

However, Shaw reports that there was a lack of consensus in her conversations about how “these shared concerns” could be dealt with. She confirmed that “at the end of this work, I would like to be able to propose changes to Network Rail’s structure and financing which will, among other things, help Britain to develop economically and socially”.

Shaw is now seeking further engagement with the industry to inform her final recommendations, through discussion sessions and written responses by Christmas Eve.

The investigations under way into Network Rail

The Shaw Report describes these as covering the past, present and future of Network Rail:

Stefanie is Deputy Editor of RAIL and runs our business publication RailReview, which was launched in 2014. She joined RAIL in 2007 and still writes features for the magazine covering various topics, as well as planning content for our portfolio of events.

@bramernic @GarethDennis ...those scenes were indeed filmed in Chicago, I understand....