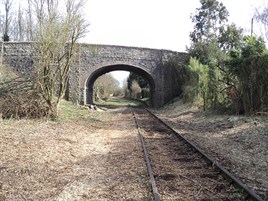 A second phase of clearance has taken place on the disused Portishead line ahead of its projected 2019 reopening.

The Portishead-Bristol line has been closed to the public since 1964, but was used for private freight to the docks at Avonmouth until 1981.

Work by ‘green services provider’ Glendale followed an initial phase of work in 2014, allowing engineers to access structures for surveying.

The second phase will be followed by a third phase of clearance on parts of the freight line in Pill.

Re-opening of the Portishead line is part of the £60 million MetroWest programme, which seeks to improve transport links in Bristol, providing a viable alternative to people travelling in the area without using their cars.