Travel management companies call for rail improvements ahead of election 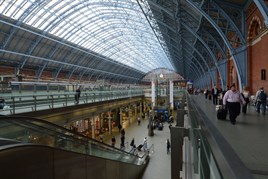 The Guild of Travel Management Companies (GTMC), a representative body for travel management companies, has released its 2015 election manifesto.

The GTMC has called for a number of improvements and investments in the UK’s transport network to improve it for business users. These infrastructure upgrades include ensuring the continued support, financing and construction of both HS2 and HS3 as well as calling for Heathrow Airport to be connected to the high speed railway network at HS1, HS2 and the Channel Tunnel.

The government’s plan to provide WiFi on all mainline trains is encouraged, and suggested expansion for full free WiFi is also put forward. The GTMC also wants mobile phone and wireless hot spots at stations to be improved to help business travellers to work more easily.

The manifesto also demands increased spending outside London and the South-East once the budget deficit is eliminated.