First seven Pacers to be withdrawn by Northern this weekend 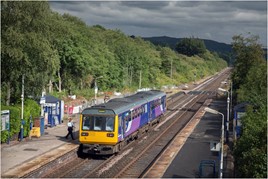 Seven Class 142 Pacers will be withdrawn this weekend, Northern has confirmed.

The diesel multiple units will be replaced by an internal cascade of DMUs, following the introduction of new Class 195s built by CAF. The CAF DMUs entered traffic from July 1 (RAIL 883), several months later than planned.

Northern has 79 Class 142s in its fleet, and all were due to be withdrawn by the end of the year - as were the 23 Class 144 Pacers. However, delays introducing the new DMUs means the ‘144s’ will stay in traffic into next year (RAIL 884).