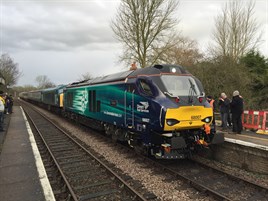 Direct Rail Services 68007 Valiant become the first member of the class to haul trains at a heritage railway on December 27, when it attended the Mid Norfolk Railway's winter gala.