Locomotive hauled trains will return to the North West from May as the Department for Transport finds a solution to capacity woes in the North.
In East Anglia, Direct Rail Services Class 47s have been hard at work on local trains since March 2013, having originally been hired for a six-month period in June 2011.
However, the locomotives were also used last summer to haul Abellio Greater Anglia trains between Norwich and London Liverpool Street when they were extended to run to and from Great Yarmouth, carrying holidaymakers (and enthusiasts) to and from the coast.
RICHARD CLINNICK presents a selection of his images from those operations. 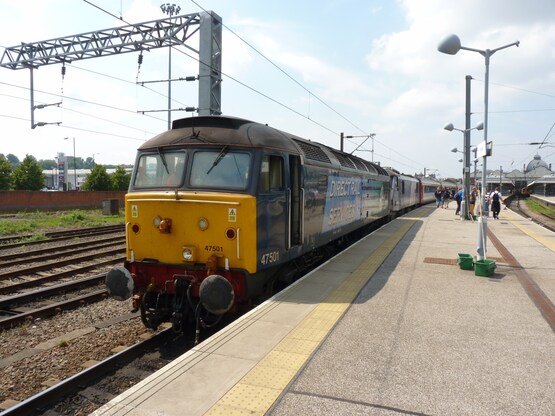