The first Class 385 electric multiple units to be built by Hitachi in Japan for ScotRail have set sail for Europe.

One train will be delivered to the UK, while the second will move to the Velim test track in the Czech Republic for testing.
ScotRail has ordered 46 three-car EMUs and 24 four-car EMUs with an option for a further ten trains. Six of the EMUs are being constructed in Japan, with the rest being assembled at Newton Aycliffe. They will enter traffic from next Autumn, initially on the newly-electrified Edinburgh to Glasgow route.
7 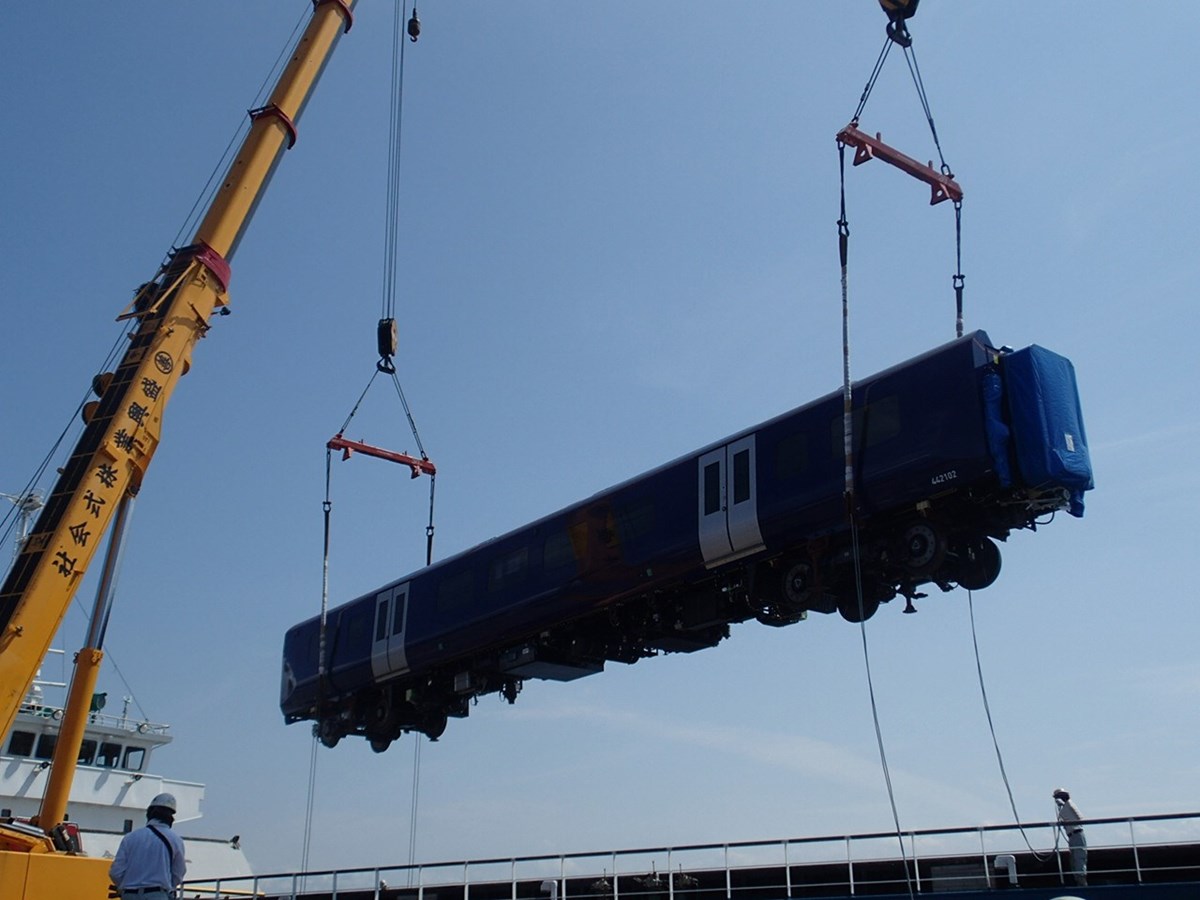