The remains of a long-closed South London station have been uncovered by engineers constructing the Bermondsey Dive Under as part of the £6.5 billion Thameslink Programme.

Southwark Park, which was located on a viaduct above Rotherhithe New Road, opened in 1902 but had closed in 1915 after competition from buses and trams in the local area.

As part of the project to build the dive under, engineers have rediscovered the former ticket hall and platforms.

Project Manager Greg Thornett said: “The Bermondsey Dive Under is a key part of the Thameslink Programme, creating the railway necessary to provide a frequent and reliable service through London Bridge and make a huge difference to passengers’ journeys, cutting journey times and making the services more reliable.

Thornett added: “We uncovered the footings for the former platforms while we were preparing the top of the viaduct for new track and we are now working up in the roof space of the former ticket hall to fill in the old sky lights, ready to carry the final track alignment.

“Much of the existing stretch of viaduct will be replaced by the ramps into and out of the new dive under, but the arch that used to house the old booking hall will remain.”

The Thameslink Programme is rebuilding much of the railway between New Cross Gate through London Bridge and on to Blackfriars and St Pancras. Two Victorian viaducts are being demolished and rebuilt to allow Charing Cross trains from South East London and Kent to dive down to almost street level, under a new route carrying Thameslink trains from Croydon, and back up again. The old viaducts will be replaced by modern structures and are designed to remain in keeping with the older architecture. In addition, Network Rail and its contractor, Skanska, is rebuilding 20 bridges between New Cross and Waterloo East to increase their strength. 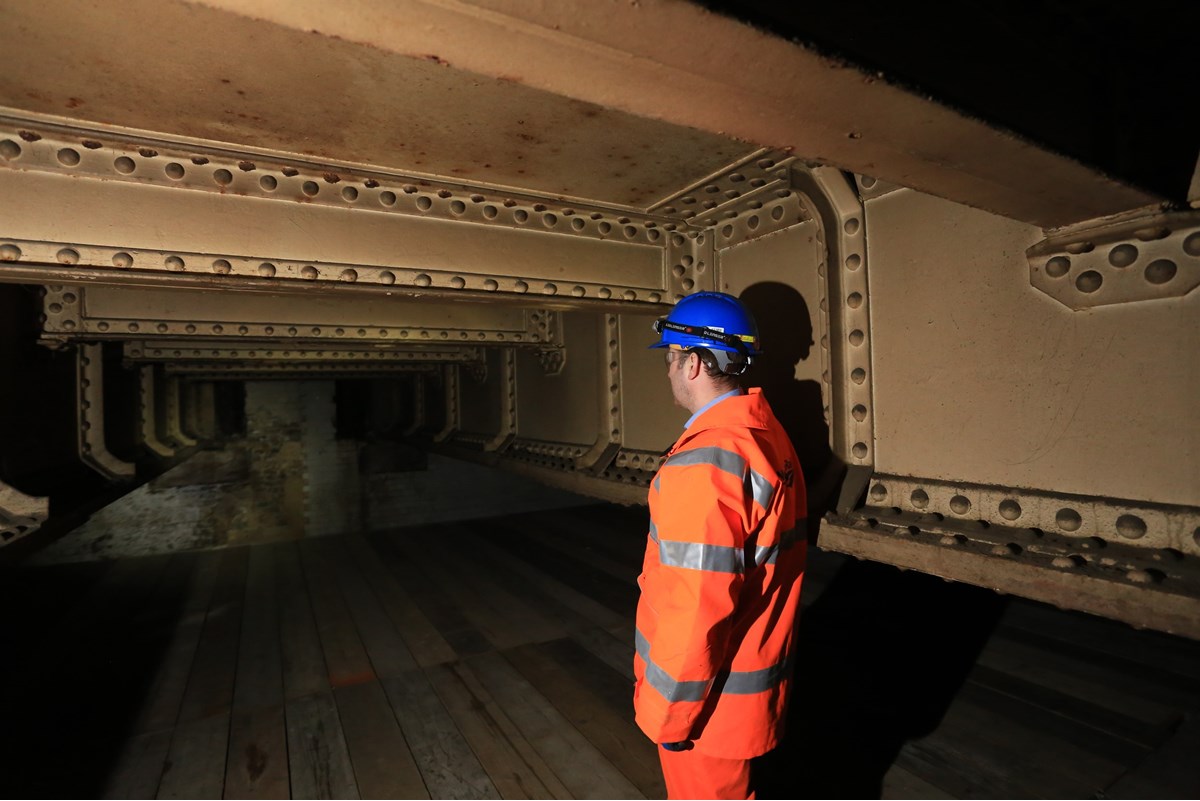