GB Railfreight unveiled the final ever Class 66 to be built for the UK and European markets on May 10.

In a ceremony at the National Railway Museum, 66779 was named Evening Star. It has been painted in lined express Brunswick green in a similar style to that of the last steam locomotive built, 9F 92220, which was also named Evening Star. The two locomotives were displayed together during the ceremony.

JACK BOSKETT presents a selection of images from the event. 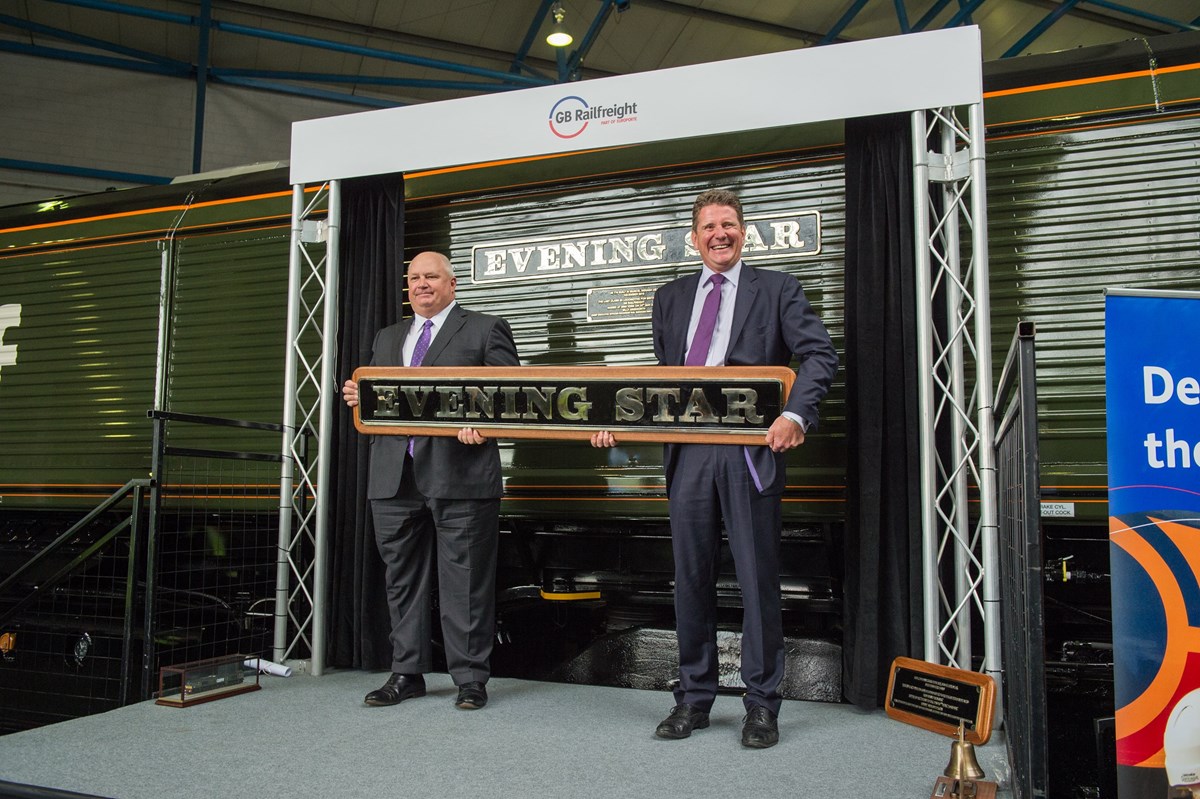